In honor of May being the official Skin Cancer and Melanoma Awareness Month, I am sharing my story of melanoma survival.

My skin cancer story started in elementary school. Coming out of summer vacation, my under 10-year-old self was suddenly very cognizant of the other girls comparing their tan lines. Tan lines that I did not have — despite spending an entire summer running around the farm. By the time I was in high school, the notion that my fair complexion made me inferior was pretty ingrained into how I saw myself: pale and ugly.

So, I did what the other girls did. I tanned. I used tanning beds and slathered on the oil outside to bake myself under the summer sun. And I told myself that everyone eventually has to die anyways. Skin cancer isn’t that terrible, so who cares? Plus, it was relaxing. It was ‘me’ time. I continued this nasty habit all the way up through October 2008 in preparation for my wedding. Every time I slipped into the tanning bed, I told myself, “Just until my wedding. Then I’ll stop.”

Shortly after my wedding, I noticed a spot on the upper part of my left arm that had never been there before. It looked like someone had pricked me with an ink pen. A dark brown perfectly round spot. I could just barely see if out of the corner of my eye. An annoyance on my otherwise, once again, pasty white skin. It quickly grew. Larger. Blacker. Not so perfectly round anymore. Finally, in the early part of 2009, at the urging of my mom, I found a dermatologist and had it removed. A few weeks later, at the age of 23, I found out that my biopsy had come back as melanoma. The deadliest of the skin cancers.

My treatment was an outpatient surgery with my dermatologist. As much as possible of the surrounding tissue in my arm was removed. I missed a few days of work to heal and puke. For weeks, my husband cleaned and redressed the long zipper-like suture running up my arm.

While no cancer diagnosis is ever lucky, I was one of the lucky ones. Mine had been caught early – mostly thanks to the worrisome urging from my mom, as well as a dermatologist who knew what she was looking for. I managed to avoid chemo and radiation. I avoided amputation. I avoided death. I survived.

A year after my surgery, I found myself feeling extremely alone in my post-melanoma world. Although my experience with melanoma was fleeting in the eyes of some, it was far from over for me. I was still seeing my dermatologist every 3 months for checks and biopsies and rechecks. I was still worried that it would come back. And although I still see my dermatologist far too frequently, I still have biopsies, and I still fear the cancer coming back – at that point in my journey, I did not know even one soul who shared my experience and could relate and really talk with me about it.

So, I took up an internet search for support groups for melanoma survivors, hoping against hopes that I would find someone like me. One of my first results – and the only local-to-Indy one – that came across my screen was Outrun the Sun.

Outrun the Sun, a nonprofit organization dedicated to the education and awareness of melanoma and sun safety, turned out to be a godsend for me, and I wish I had found them a year sooner. Within this network, I found other survivors and their families and the families of loved ones taken too soon from melanoma. I found survivors my age and younger. Some teenagers yet. Many young, twenty-somethings just like me. Stopped dead in their bronzed tracks with the scare of having their life taken too soon. A big group of people steadfast in their commitment to promote sun safety and the awareness of a very preventable cancer.

Since my diagnosis, I’ve embraced my pale skin and made it a commitment to spread the message of sun safety. A message to love your skin the way it is – a plea to not damage yourself with artificial tanning beds and too much sun. With a very impressionable 3-year-old daughter, this task has become even more important to me. I want her to know that her pale, perfect skin is beautiful just the way it is. I want her to know the dangers and be confident enough with herself that she can say ‘no’ when the peer-pressure to tan feels like a crushing force upon her. I want her to spread the message to her own peers, and someday, to her own children. Your skin is beautiful. Treat it well.

For more information on melanoma, sun safety, and Outrun the Sun, please visit www.outrunthesun.org. If you enjoy running and supporting a cause while you run, join my family and me at Outrun the Sun’s Race Against Melanoma on Saturday, June 13th at Fort Benjamin Harrison State Park. We’ll be leading the Kids’ Zone, delivering the message of sun safety and playing games! 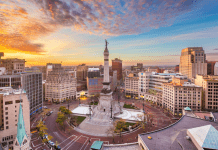 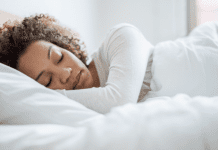 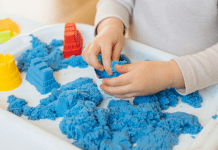 Sensory Processing Disorder: Getting Help For The Overwhelm

Samantha Powers - May 22, 2022 0
Every now and again, someone will ask me, “What’s your favorite place?” Throughout the course of my life, the answers have varied – anywhere...