The holidays are stressful for everyone. All the things need to be done, people are biding for your time, there are too many of other people’s kids, and not near enough wine. It’s exhausting, and it’s enough to make anyone want to throw themselves into a Yule log. Despite all this, most people freaking love Christmas.

I am not one of those people.

My husband died 28 days after being diagnosed with stage IV brain cancer on January 5th, 2016. He was 34. ‘Twas truly the nightmare before Christmas.

This will be my fourth Christmas as a widow and single parent, and let me tell you how I yearn for simpler times when I had an extra person around to help with the crazy. When it comes to anything December, there is nothing less I want to do than be festive because I am whatever grieving times 10 looks like. Or the Grinch. Except my heart does not grow three sizes. Ever. In fact, it probably shrivels up but whatever.

In short, December sucks for people who have suffered a significant loss.

This year, Christmas came crazy early when I was expected to be at two get together’s with my in-laws. And by early, I mean before Halloween. I. Had. Not. Even. Gone. Trick. Or. Treating. I swear to God, next year, I’ll be five White Claws deep, out on Geist, in July waving sparklers to some Born In the USA, when I receive my first summoning.

I don’t look forward to what I call, “Dead Husband Month” because come December first, I’m a different person because I am grieving. Being a single parent without any help is exhausting. Being a single parent/widow, is much, much worse. So when I’m summoned extra early for the holidays, aka Dead Husband Month, my anxiety goes through the roof. If it were up to me, we wouldn’t even speak of Christmas until after Thanksgiving, but that’s just me.

One Xanax and glass of wine later, I had an epiphany. While I see myself at the center of the circle of grief, my in-laws see themselves in the center, and when those two people both believe they’re at the center, there’s going to be conflict because neither of their needs are going to be met.

I want my in-laws to be more empathetic and understanding of how heavy my plate is during dead husband month and they want me to be around so that their entire family is there for Christmas. I get that, but for me, being at everything means spreading myself thin. Like 90’s Kate Moss, in her Calvin’s thin. For them, it means family time and the more of that, the merrier. Someone has to budge, and this year it was me.

This is where boundaries come into play. This year, I sleighed with them (are you catching all these?) and will not be making two, three hour round trips, during December to be at all the family things. Instead, Emme and I will be waking up on Christmas morning for the first time in eight years, in our own home, and we will make one trip back to the prairie, during a time that fits our schedule. Setting these boundaries has allowed me to be more observant of what I need and not worry about pacifying everyone else.

And honestly, too much family time makes me Claus-trophoic.

You should’ve laughed at that.

So if you’re grieving this season, check yourself before you wreck yourself, because no one likes a grumpy elf. Nap. Medicate. Repeat. Buy yourself something fabulous simply because you deserve it. Set your boundaries and stick with them so that you can honor your loved one, your way with no expectations. Tell Karen, to elf herself, if she takes a condescending tone with you when she judges your choices. Do what is right for you. Most importantly, stock up on wine because other people’s kids are bound to get on your nerves, and sometimes a good ol’ glass (bottle) of Merlot is the way to go. 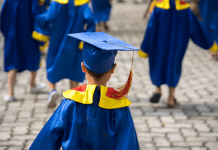 Kindergarten Graduation: Wishes For My Son 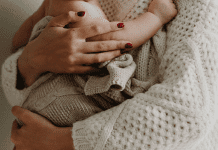 Babies Don’t Keep and Neither do the Seasons 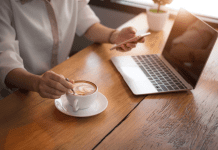