In the wake of the murder of George Floyd, I did something that in hindsight seems careless. I sent a fiery email to the Chief of Police, whom I had never met. It was one of many sleepless nights that I spent staring at the ceiling unable to sleep. Unable to sleep for fear that the police would mistakenly enter my home and shoot me as I slept. So I fired off an email to the person who represented what I feared most. The response was swift and surprising, and life-changing.

The Chief responded quickly, humbly, and with empathy. He extended an invitation to tour the police station and fueled by his willingness to engage, I took him up on his invitation. My unspoken goal of that visit was for every police officer to see my son’s face. To see him as a sweet innocent child, before they see him as a threat one dark night on the side of the road. Our visit ended up in the local paper.

Momentum is an interesting thing. Each step that didn’t cause me to fall flat on my face led me to take another step. I began to share my outrage on social media. I became that person. I needed to be heard and at that point, we were all isolated. But I didn’t just become a keyboard vigilante. I also began to connect with like-minded individuals in my community. I became immersed in the work of social justice. Reading, writing, talking, meeting, joining a council, and being appointed to a Board. The next thing I knew, I was a Community Organizer of sorts. It wasn’t my intention to “get involved.” However, watching the murder of George Floyd in broad daylight and in such a heinous way and with so little regard by the perpetrator for the humanity of the victim gutted me. It seemed inhumane to remain silent. That was a year ago.

When the verdict came out, I was explaining to my five-year-old why I was doing ALL the things. Sharing with him how I want him to always feel safe and included in our community. His response was…
“Mommy you’re a superhero!”
“No baby, I’m not a hero.”
“Mommy yes you are! You’re saving the day!”
I can’t put into words the emotion I felt at that moment.

My five-year-old was right. Advocacy is a superpower. It is a superpower we all have access to. When we speak out against injustice, we are saving the day! So let me leave you with a local mom’s guide to becoming a superhero…

Be Bold.
As my personal superhero, Brene Brown would say “Don’t puff up, don’t shrink. Stand your sacred ground.” You don’t have to be aggressive or angry in fact neither one is a particularly effective engagement strategy. You don’t have to cower when speaking to people in authority. But in the face of injustice, you can speak truth to power.

Be Consistent.
After the initial email I sent to the Chief following the murder of George Floyd, I followed up…again and again, and again. If the Chief or the Mayor (because I reached out to her too!) said they were going to do something, I would circle back for a status update. I attended community meetings and tried to offer constructive feedback, praise when appropriate, and suggestions on resolving issues.

Be Present
There is no power in firing off a passionate email. You have to be prepared to roll up your sleeves and do the work of advocating for your cause. You don’t have to devote your life but commit whatever time you can to the cause. Whether it be a peaceful protest or your presence at community meetings, your presence makes a difference.

Be Fearless-ish
People in positions of power are still just people. Elected officials work for you and me. It is our civic duty to hold them accountable but that doesn’t mean it isn’t daunting. I am always afraid when I speak out. So I do it afraid. My head is almost always saying “Who the bleep do you think you are!?” I ignore that. Don’t listen to the naysayers, doubters, or haters, even when the naysayer, doubter, or hater is you. All of us have a little voice of doubt inside. But if the voice of doubt drowns the call for change, we stop progressing.

If everyone who feels they won’t be heard remains silent, they’re right.

Whether it is advocating for more inclusion in your local governance or asking your kiddos’ school to provide more diverse reading material in the library, whether it is engaging with law enforcement to bring about police reform or speaking up when your inappropriate relative uses inappropriate words to describe someone of a different race or ethnicity, your voice is your most powerful instrument for change. So life today looks very different than it did last year on that day when I sat helplessly for 9 minutes as George Floyd lost his life. For on the day he lost his life, I found my voice. 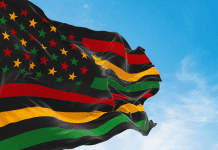 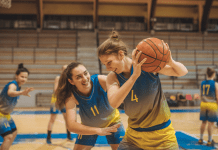 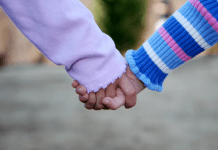 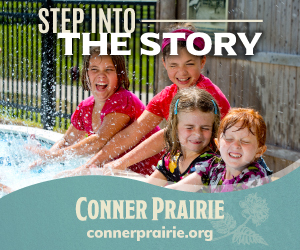