With the primary election just over a week away, you may be sick of hearing about it, excited, or even wondering “what’s all the fuss?”

Whether or not things went your way in 2016, I think many of us are feeling motivated to do what we can to make our vote count. Admittedly, things didn’t turn out the way I had hoped in 2016. At that time, I realized that I want to represent and be represented! I made a commitment to myself to take small steps in that direction.

I’ve never been a straight-ticket voter. Therefore, I automatically counted myself out during previous primaries. I never realized that the primary is one of the most important phases of an election. During the primary, each vote counts the most, because it gives people the ability to decide who the best candidate is.

This year, I plan to take my vote more seriously and identify which candidates offer solutions to issues affecting my family and community. I recognize the down-ballot primaries will be of significant consequence in many states, including ours. I see this as an extra opportunity to teach my kids about civic engagement and democracy.

That’s why I will be voting in the primary. I hope you will join me!

Where: Find your polling place here.

How: From the same site you can also check your status and register to vote by:

There’s a lot to consider when evaluating a candidate–experience, attendance, their stand on issues, voting records, are they a “good” or “smart” person, are they likely to win?

What do you consider when making your choice?

What will you do to rock your vote? 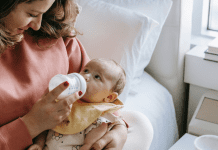 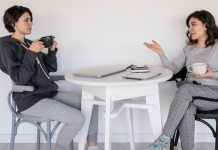 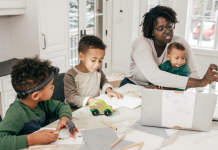