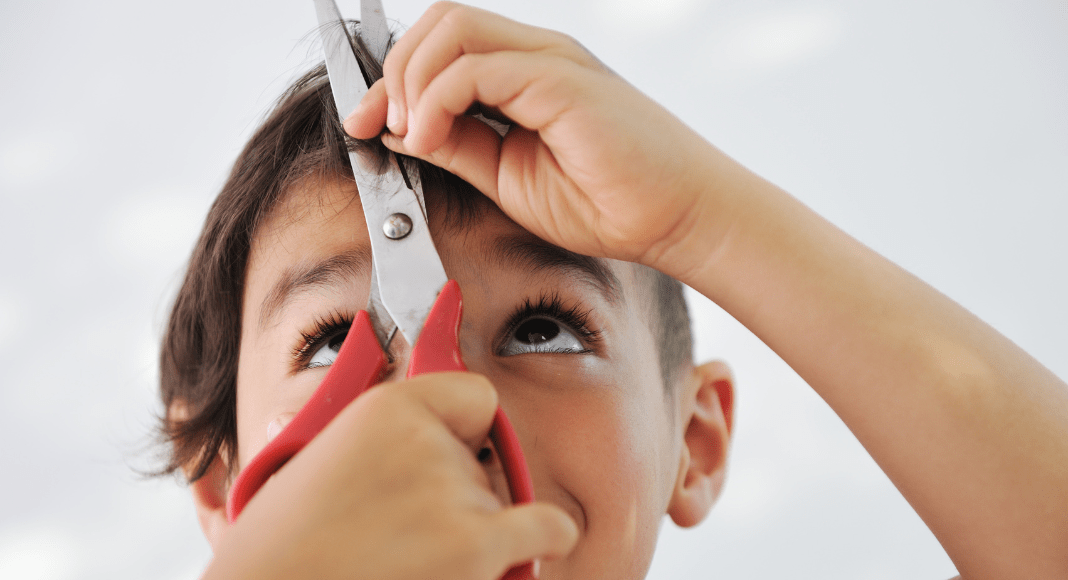 I’d recently watched Edward Scissorhands and suddenly had the movie seemingly come to life right before my eyes. My five-year-old had walked into my home office – scissors in hand, with remarkably less hair than just moments before.

She’s five but extremely self-sufficient and creative. So, while I spent a few minutes answering some emails on a day she was home, I had all the confidence in the world that she was playing with My Little Ponies or Barbies nicely in her room. But apparently, that adorable imagination we all love decided she needed bangs and a bob that morning.

She was surprised at how different her hair looked. But I asked her about it, and she said she liked it. So, I told her I liked it too. (And now that her bangs have grown out for a couple of weeks, it is honestly adorable.)

We’ve often said she was born with her own sense of style. She always knows what she wants. She puts together the best outfits. I’d love to have her level of confidence. As my mind quickly raced about how to handle the situation, I knew I didn’t want to take anything away from her, reacting to a haircut that would grow back.

So, the biggest thing that helped me keep my cool that morning is remembering that kids have so little control. The things that don’t really matter – like if her pants match her shirt, if she wants to draw a “tattoo” all over her arm, or try on some lipstick barely gets on her actual lips, these things are pretty fair game at our house. So, we added spur-of-the-moment haircuts to our list of things that get a pass (at least this once).

And now – after some Googling and thinking about it some more, I think it’s actually a good thing she cut her hair. And I say this even after taking family photos just days after. Memories, right? While reading on the subject, it’s a positive sign of autonomy. She’s growing up to be her own person with her own set of beliefs and preferences. Preschool-aged kids are learning skills like cutting and pasting while also dressing up and using dramatic play, so it’s a normal stage of development to find an outlet for expressing those new skills.

A few things we did that helped:

Before we know it, we’ll be dealing with bigger teenage issues. (Eek.) I mean, it really is just hair…