I am going to admit something, I was complicit in my views. I was a HUGE R. Kelly fan, as well as all of my friends and why wouldn’t we be, R. Kelley has sung the soundtrack of my teen years, and for better or for worse, those were great years. However, our only contact with him was over the radio, through interviews or going to see him in concert. We all heard the rumors about him, he had a hankering for girls our age. We were all Aaliyah fans, and we heard about the “marriage,” however, it was none of our business, and we continued to listen to the music, and attend the concerts, I mean it was the 90’s and R&B was basically life.

Fast forward a few years, the rumors continue to fly, yet this time it was different. He began to do awkward interviews and at this time girls and women were coming forward with evidence and stories of being held hostage and the unruly ways that he would treat women. This couldn’t possibly be the guy that entertained us at every single party or the guy who wrote music that brought back a floodgate of memories, or the musician who wrote songs that made families dance in the backyard after every family gathering. We could no longer call him R. Kelley, now he was just Robert, and my disappointment with him has grown over the years.

Now go to 2019 and the Surviving R. Kelly documentary that aired recently. I am no longer the naïve teenage girl who with her friends danced incessantly to R. Kelly, I am now a mother, a wife and I to have a daughter, watching this documentary made me angry. In the documentary, there were many stories of young girls who were physically and mentally abused by Robert (allegedly). I couldn’t help but think that for years, allegations have flown but I ignored thinking of them as rumors, and after watching this documentary, I was ashamed that I had sat complicit in this for such a long time. I felt for each and every parent featured in the documentary. Don’t get me wrong there was a part of me that wondered if they turned a blind eye to some of Roberts’s shenanigans, but it doesn’t warrant the victimization of their daughters which is exactly what these young ladies are….victims.

The stories and the evidence are alarming no matter which side of the R.Kelly fence you stand on. If you have daughters, you can’t help but empathize with the mothers who are still searching for their daughters or the mother who walked through the streets of Los Angeles to bring her daughter back home. I will admit for years I hit the ignore button and continued to say that I can separate the man and his actions from the music, but that is no longer true. To truly be able to separate R. Kelly from Robert is to be okay with the degradation of young black girls who are not getting the protection they deserve from anyone involved. So I have decided to join the #muteRKelly movement, not because it’s trendy, but because I used to be a fan but now I am a mother, and that trumps everything. 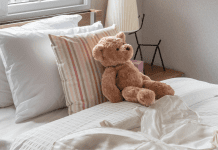 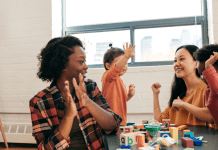 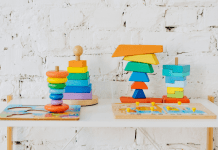