But she’s so good for everyone else

I would get these great reports from her teachers and any family members she would be around. At home, I wanted to run away every night and become besties with the local liquor store. Afternoon and evenings became torture. It was like talking to a wall sometimes. At other times, it was like talking to the best backtalker on the planet. Then, there was the “tester.” I would say “please go upstairs and get your pj’s for bath now”…I had already asked about 45 million times. Then she would take about two steps every hundred years and look at me to say “I’m going!!!!” with that look on her face. You all know THAT face.

So, there we were confused. Everyone is saying we have a great child but we don’t. Then one day a preschool teacher friend of mine (they and all teachers have the hardest jobs on the planet) posted a story on “after school restraint collapse” and I thought…hmmm what is that?! I read it and it hit home. I mean, it really hit home.

In researching the “collapse,” I found that there were so many articles on this topic and it was not a new thing at all. Someone coined the phrase many years back. There are multiple ways to set your home and yourself up to help calm “the storm” of the collapse. I decided to ask my daughter if it was tough to be so “good” all day and do all the things that were asked of her. She said “yes.” No surprise there. We continued to talk about how she felt and what she thought. She even said to me “the only time I get to do what I want is on my birthday.” It would be awful to feel that you could never do anything you wanted to do. My parents would say that is part of being a child. However, I do agree children need to have a voice and have free time but still respect their parent’s authority.

A quick list of ways to help calm your child

Below are a few ways that I have personally found that helped us calm the “collapse.”

Doing it your way

There are many ways to handle your own child when they come home from a day of school and self-restraint. You know your child and so you will pick the best methods that fit your family. I found talking to her about these feelings and what she wanted helped us to find our best resolutions. They will change and I’m sure of that fact but for now, we have our routine. Routine is very important around our house. Good luck with finding what helps your family deal with the collapse! 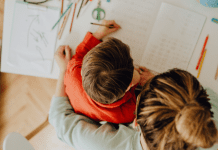 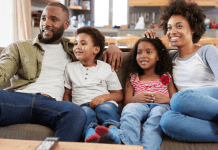 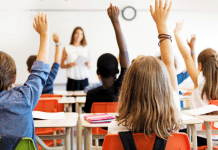