I’m an alcoholic. It’s really not that hard to say, and it does get easier every time I say it. Sometimes I add “recovering” in front of it to smooth out the harshness of the word and all its baggage because I have been sober since May 9, 2015, but really I should say I’m in remission. Sometimes it’s a moment by moment decision to remain in remission. Sometimes I don’t even remember I have a disease.

Starting on a Friday night in October of 2006, I chose to dive to the bottom of the wine bottle, and for the next nine years I ended up drowning in a Merlot sea. That night, I chose liquid. I chose something to slow my blood and racing thoughts. I chose a lie. I chose alcohol until it starting choosing me.

I drove into a cornfield. I passed out on toilets. I woke up in bedrooms in houses on streets that I didn’t know. There was not a day that passed that I could go without drinking. I hid bottles. I lied straight-faced to my husband. I tried group therapy and AA.  It was not until the day my husband and I moved into our new home and the question was raised of starting a family did I face the bottom of a pit that I had been re-digging over and over again. It was 24 hours later that I said, “I’m done.” And I was. I was done.

But everyone else was not done.

The world doesn’t know what to do with us -the ‘us’ who do not drink- so the world reminds us of all the fun I’m missing! Now, as a mom, the world loves to lie to me by reassuring me that I deserve just one more – that I need it. It’s wine o’clock. When they whine I wine. When there’s wine, there is a way. If they put Box Tops on wine bottles, we could rebuild the entire school. It’s my Mommy juice. If my coffee pot brewed wine I might become a morning person. And my personal favorite – It’s not drinking alone if the kids are home. Then there are the grocery stores, sit-down restaurants, tailgating,  the endless amount of t-shirts, and wedding receptions. When was the last time you attended a wedding reception where no alcohol was served?

It’s also a sedative and a downer. Within 30 seconds, it has already begun slowing the chemical process of messages from your brain to the rest of your body.  A blood alcohol content under the legal limit will definitely make you feel good, happy, a bit daring, and makes you feel free. While it does in the beginning, it continues to slow and eventually inhibit all brain functions – judgment, coordination, and finally respiration. With the brain still forming until the age of 24, the effects of alcohol on the hippocampus are even more toxic, and yet the legal age to drink is twenty-one. Children whose mothers drank steadily during pregnancy are more likely to be born with impaired executive functions, be diagnosed with disabilities, and have a higher risk of addiction or dependency themselves. While the child’s brain can develop new neural pathways over their lifetime, the damage has been done. There is no cure. There is no pill. The chemical is that strong.

Over the 240,000 people surveyed in the National Health Interview Study published in the PLOS Journal between 2006-2018 that were moms with young children, 29% percent of them admitted to binge drinking (four or more drinks on a given day on many days). That number rose 12% from the last study in 2006. That’s a bottle of wine in one evening or a few rum and Cokes.

I’d love to see those stats on a soft v-neck tee at Kohls, wouldn’t you?

The hardest thing for me was not cutting out the drinking but having to re-learn how to do all the things I liked to do without it. Think about it. All the places I liked to eat, the places I shopped on a weekly basis, the entertainment in movie and professional theaters, the art shows, the festivals, the concerts (can we say the Deer Creek lawn?), and everything in between, all had any type of cocktail I wanted. For the early months, I only went to the grocery store on Sundays, so at least I couldn’t buy a bottle even if I tried. I had to learn how to have fun again. It was awkward and scary and so ridiculous because I bought in. The effects of alcohol (a little alcohol) made me feel sexy, funny, and extroverted. When my liquid courage was taken away, I was left with just plain old me. I was not sure who she was, what she liked, what she didn’t like, what she was truly good at, and just how much I depended on it so I didn’t have to face the realities of experiences and truths that needed to be explored in a therapist’s office and not at the bottom of a wine bottle.

Alcohol is one hell of a liar.

So, let’s cut the crap. Having some wine with your girls is fun. Having a wonderful steak dinner and sharing a bottle of fine wine with your partner can be romantic and memorable. Heck, even drinking two-buck Chuck while watching Netflix can certainly make you at least feel like you are a survivor after a hard day of adulting. I get it. I remember it. Well, some of it I remember.

But can we stop with the overdramatizing of it? Can we at least acknowledge how alcohol obsessed our culture has become? Can we stop using it as the go-to self-care line to a venting mom and start encouraging her in other ways that will actually benefit her mental health? Can we stop giving it the gold star for antidotes that makes parenting toddlers easier? And for the love, can we stop including it in every activity we do? We are buying into a culture and a mentality that teeters on self-destruction. It’s literally killing us.

No, I am not calling you alcoholics or dependent drinkers. I am also not telling you to stop drinking. I am telling you that you don’t have to drink to have fun, get over something, feel better, celebrate, help you forget your screaming toddlers, or to get through any moment in your life. I am only placing my truth and the facts in front of you because some of you have been there and some of you may be there right now and you don’t have to be.  I am also asking you if you know who you are without it. So maybe I am asking you to stop or at least think about the why.

I am not looking forward to the day where I have to tell my children of my past relationship with alcohol, but it is a necessity for their health as addiction can be passed down through generations.

As hard as that conversation will be, I do hope my children know that no matter what they face, celebrations they attend, the good days at work, the bad days at work, and all the other moments in between, they can experience them and get through all of them without one drop of alcohol.

And by the grace of God, their mom is living proof it’s possible.

Wanna learn more about cutting out alcohol in your life?  Check out Holly Whitaker’s book, Quit Like a Woman: The Radical Choice to not Drink in a Culture Obsessed with Alcohol 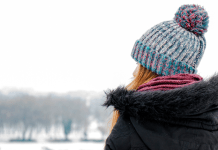 When Friendships End: My Break-up Story 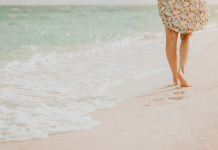 Three Lessons To Help You Protect Your Fertility 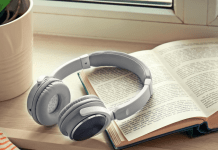