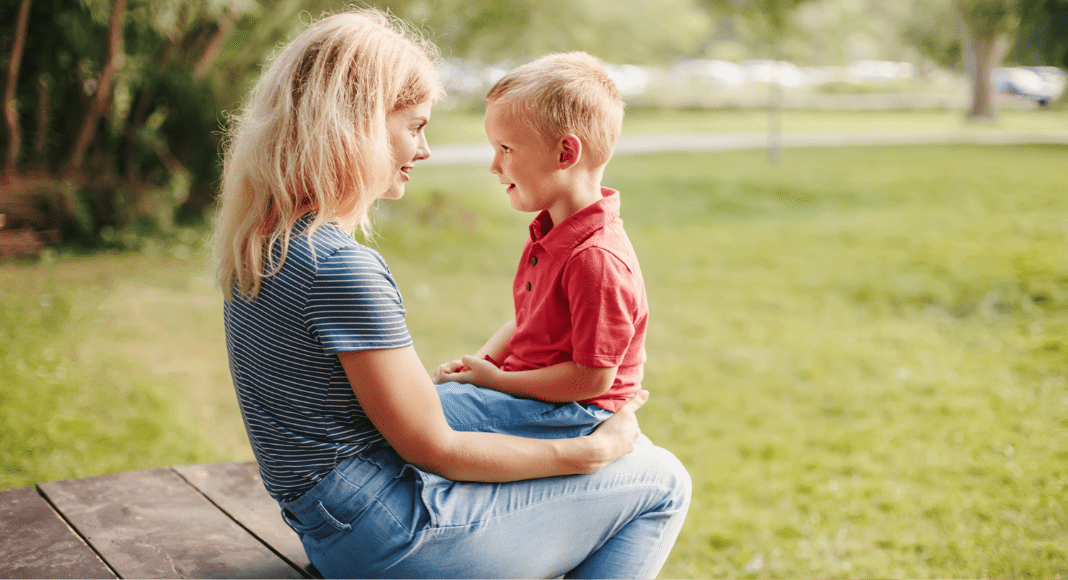 My heart cracked a little during bedtime snuggles when my second grader told me he didn’t have any friends. My heart raced, my stomach clenched, and my mama bear side kicked into overdrive immediately. I tried not to show my concern as I asked how he felt about not having any friends. The pause between my question and his reply was brief, but it felt never-ending.  Bedtime that night quickly turned into a lesson in learning to listen to my children rather than presuming to know what their response to a situation may be.

For as long as I can remember, I have hated going into situations with large groups of strangers, such as a new classroom full of people I haven’t met. I worry whether anyone will like me and whether I will embarrass myself. When my son was younger, he hesitated to say hello to new people and took long periods of time to get comfortable in new play environments. I assumed he would continue to develop social anxiety like I had, though I certainly hoped otherwise that wouldn’t happen. So I waited anxiously for his reply, my mind racing to find the right words to soothe his bruised feelings.

I was so preoccupied with preparing words for his anticipated response that I almost missed the words my son actually said next. In a calm, steady voice, he told me he felt ok about having no friends. I will admit, at this point, I was a bit perplexed. I began to realize that learning to listen was a skill I needed to hone – planning my response out before he said a word almost made me miss his actual words. Luckily, my silence was just the thing he needed to prompt further details. He explained to me that he got along with a lot of kids in the class but had not decided whether he wanted to ask anyone to be his friend yet.

At this point, I was intrigued and asked how he decides whether someone should be his friend. My mouth hung open slightly when he told me that first, he watches them during recess to see how they treat other kids. He said he wants to be sure they are kind not only to him but also to others. And then, if he decides they will make a good friend, he simply approaches them and asks if they want to be his friend. All this was stated calmly, even matter-of-factly.

As a parent, my kids often surprise me with the funny things they say and do. Sometimes they spout unexpected bits of wisdom that seem beyond their years. This was one of the first times my child completely floored me. I had certainly mentioned ways to choose good friends, but it wasn’t a lesson I recalled focusing heavily on.

In the year since this conversation, my son has continued adjusting to school without much issue. He has a couple ‘super best best ever friends’, a handful of ‘friends,’ and many others he says are ‘not really friends but people I play with.’ We are working on adding the word acquaintance to his vocabulary, but he clearly understands the concept. He seems ok with the fact that some people don’t choose to be his friend, and others he doesn’t want to be good friends with due to their treatment of others.

My children continue teaching me lessons in life far beyond the lessons I thought I was supposed to instill in them. First and foremost, I keep working to speak less and listen more. Listening not only to my children’s words, but also connecting with their underlying feelings has taught me more than I ever expected. It turns out that not having friends isn’t always a bad thing, and learning to listen often yields surprising rewards.