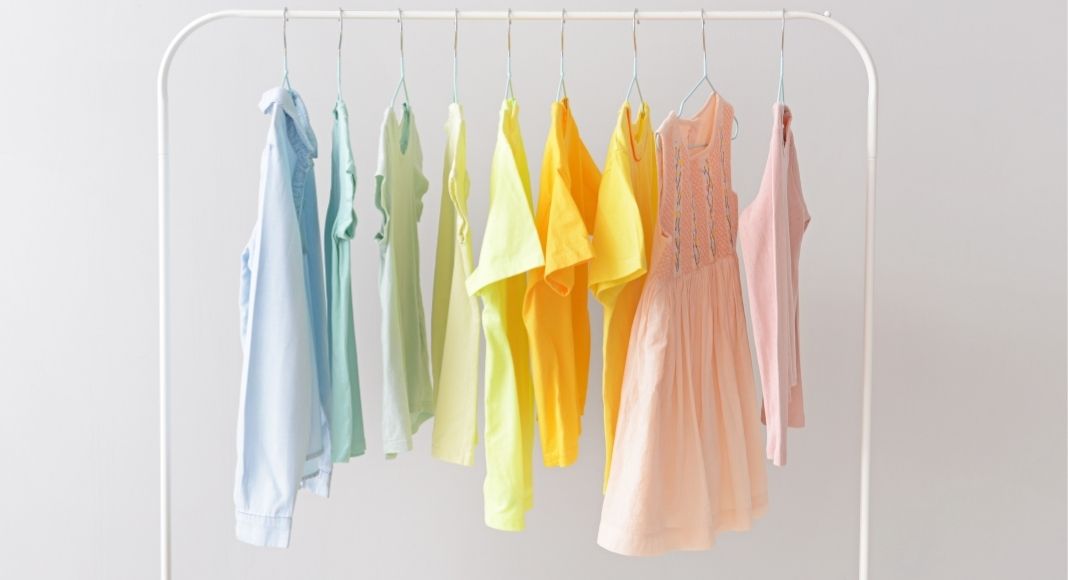 As a first-time mommy, I was inundated (and admittedly obsessed) with all the parental resources out there. I would spend hours researching the perfect bottle, the perfect breastfeeding technique, and the cutest hair bows.

As I approach the 2.5-year mommy mark, I find myself cringing over some of those first-year antics. For example, I lost my mind when a nurse gave my daughter a pacifier in the hospital. “She’s going to have nipple confusion, her teeth will be jacked, she’s addicted now”— all things I literally said out loud. Despite what you might read on the internet, giving a newborn baby a pacifier is fine. In fact, experts say that using a pacifier reduces the risk of SIDS, and even more importantly—it provided some much-needed relief (for her and me) in those early infant days.

Another cringe-worthy admission—I bought way too many adorable, frilly outfits for my daughter early on. Don’t get me wrong, she still rocks those looks on special occasions. But day-to-day, she needs something that allows her to play, run around, and expend all that toddler energy.

You would think that clothing brands (which allegedly specialize in children’s clothing) would know that. And it seems they do understand the concept when it comes to boy attire. For whatever reason, department stores market comfy and cool boy options. In contrast, I find girls’ clothes sections full of impractical (albeit super cute) outfits littered with sparkles, sequence, flowers, and a super-hyper feminine motif. Where are all the cool shirts with numbers, dinosaurs, and superheroes for my girl?

I’m sure someone somewhere is rolling their eyes right about now. If you listen closely you can hear it—boys wear blue and girls wear pink and that is okay. Can you tell I’m over it? I became fully fed up with it when I visited target.com last week. I was searching for some fun/comfy shirts and shorts for her to wear at daycare. I was on the toddler girl’s page—lots of usual suspects: hearts, stars, sparkles, lace, etc. Out of curiosity, I ventured to the toddler boys’ page. There were tons of cute t-shirt options featuring multiple superheroes, the rolling stones, dinosaurs, and trucks/excavators. So, I did what any forward-thinking mom would do—I started buying clothes from the boy section. That might be where the story ended had I not obsessed over it for a few days.

Why does it matter what target puts on a toddler t-shirt? I’ll tell you—it matters because children learn and model behaviors based on what they see, what they experience, what they feel, and what they immerse themselves in—and this is particularly true in young children. Research suggests that when young children are exposed to interests in science and math early on (think shirts with dinosaurs and numbers), there is a higher probability that he or she will lean into those areas of interest later in life. It matters because we are allowing mainstream retail and media to tell our girls and boys what they should wear and be interested in.

Look, I don’t need my toddler to be a rocket scientist later in life. But I want her to know that she can play with dolls and dinosaurs—that she can build Lego towers and wear make-up—that she can love sparkles and science. Until she is able to declare her own interests and style, I do not want society (or Target.com) defining it for her.

In the meantime, this mama is shopping the boy and girl clothes sections at Target. I encourage you to do the same.