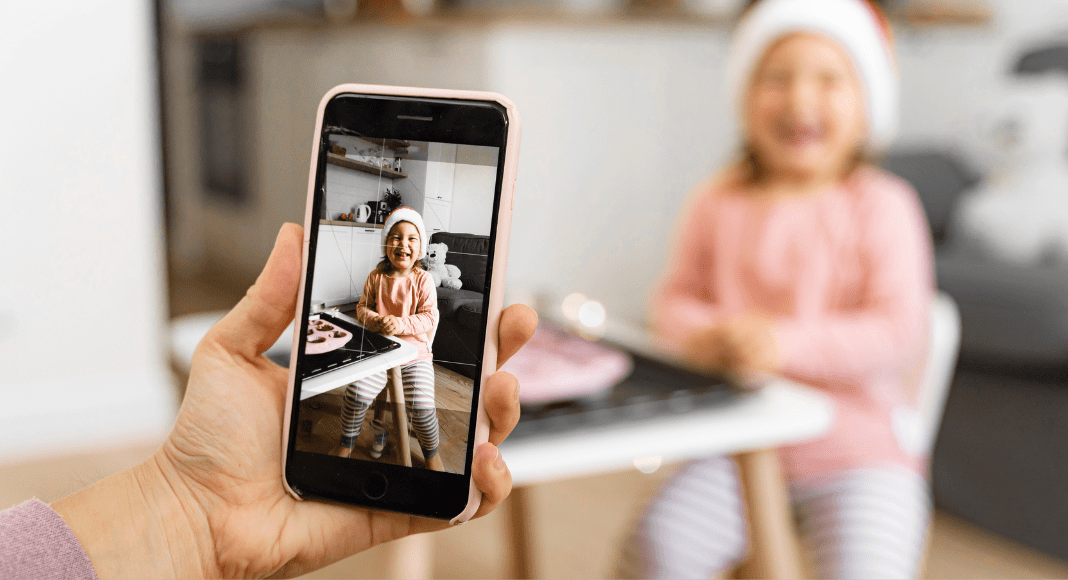 January: I start strong in January. I don’t remember to record two of the days until after bedtime, so I sneak into her room and recorded her sleeping in the dark (which meant my recording was literally just black, but it counts, right?) January’s video clips are a blur of bath times, Christmas songs (because we were still singing them), and getting our house put back together after the holidays. One second every day for a year? Not yet, but I conquered the month.

May: I’m still doing it! I don’t have a perfect month yet where I’ve recorded every single day, but I’m only missing 1-3 each month. I’ve captured her first swim lesson (thankyouverymuch, COVID), her first time playing on a team with t-ball, and a myriad of other moments that aren’t as consequential but still matter to me as her mom. My daughter caught on to what I’m doing and now asks to look at the moments. We have fun laughing over some of them–like when she threw a fit in the snow and started crying–and others make her smile or get excited.

Summer comes and goes. One second every day for a year continues.

November: I go back to watch January and February winter’s moments. I’m surprised by the subtle changes in my daughter. I know she’s grown and gotten older, but I notice her cheeks are thinner, her demeanor is more intentional, and the way she talks is more confident.

December: We head into a blur of birthdays (there are tons of December ones in my family) and holiday celebrations. I capture her helping carry our Christmas tree after we cut it down, blowing out her fifth birthday candles, and ripping open wrapping paper on Christmas morning.

In total, I recorded 347 moments this year. Was it one second every day for the year? No, but it was close and it wasn’t hard. The 1 Second Everyday app was incredibly easy to use. So while I can’t say I was present for every moment, I can say that I successfully captured over five and a half minutes of footage that will bring me back to 2022 and this time period in my daughter’s life.

86,400 seconds each day. Will this be the year you capture one second every day?