There is no definitive book on parenting, but if there were, I imagine the front cover image may be of a smiling, little girl with blond hair pulled in to pigtails, the sun making her skin glow. She’s sitting in the grass in a beautiful, floral romper, eating a worm.

Next to her would be a woman whose hair is in what she hoped to be a trendy top-knot but looks more like a bird’s nest. Her eyes are gleaming but slightly bloodshot. Her smile is wide but appears a little forced. Her hand is outstretched and at first you think she is reaching for help, but upon second look, her message is clear.

The idea that parenthood may be a cult first entered my life in the book Dad is Fat by Jim Gaffigan, where a whole chapter is dedicated to the thought. To support his argument, Jim lists characteristics of a cult from the American Family Foundation. You will see his personal additions within the parenthesis:

So, you have to admit, these characteristics sure sound a lot like parenthood, right? Scared yet? I did a little due diligence and looked up multiple definitions of a cult, and all of them included religion at the center of any cult. And unless we consider Peppa, Moana or Big Bird our leaders, then it seems parenthood isn’t an official cult. But, just to be sure, let’s explore its similarities further…

“You Need Another Child”

I am a mother of one little boy who is about a year and a half old, which is, I’ve learned, the exact right age for me to get knocked up with a second, according to cult members looking to increase membership.

Bringing up whether or not someone plans to have children or more children is taboo, at best. Some people are strictly against it, while others find it appropriate to ask and advise complete strangers on their procreating plans. I don’t typically find it inappropriate for people to ask whether or not I plan to have more kids, but what may seem a bit presumptuous are the folks who say I should or I must (which has happened). Thank goodness I have such wise leaders to guide me!

Much like cult leaders tend to control aspects of members’ lives, it is always other parents who assume they know best for my body, my family and my life. While they say, “you can’t just have one,” I know what they mean is, “we all did it. Your turn.”

I think the most cult-like part of parenthood is Jim’s first bulletpoint. Parents are so committed to following the leader, aka their kid, that their own priorities and plans are sometimes pushed to the side. This is absolutely normal, I’ve learned, but gosh if it isn’t frustrating. Sometimes I say no to my son just to prove I still can. You don’t own me, kid… okay, you kind of do. But I’m in charge… unless you’re teething… or tired… or hungry.

I believe myself to be an independent thinker and someone who doesn’t necessarily just follow the crowd. Just because you jump, doesn’t mean I will. But, I am a parent and as such, I have seen the absolute life-changing, heart-expanding, eye-opening way a child changes you. And I’m so profoundly, utterly thankful for that.

I love nearly all aspects of being a mother, and I kind of understand why many parents encourage (and sometimes pressure) others to consider the tiny, little, major life decision to bring a human into the world. I try not to pressure my friends or strangers at the grocery store who don’t have kids, but I do offer to share all the newborn knowledge I have with them, give them all my hand-me-downs, and carry or deliver their baby.

So, I’m not saying that parenthood is right for everyone, but it is the right thing for you. If you don’t have a child, make one. If you already have one or some, have more. Take my outstretched hand. 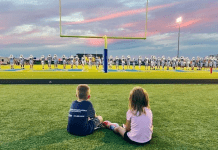 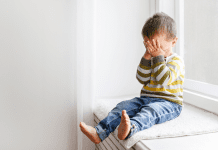 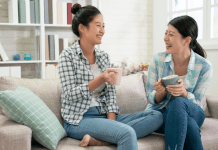