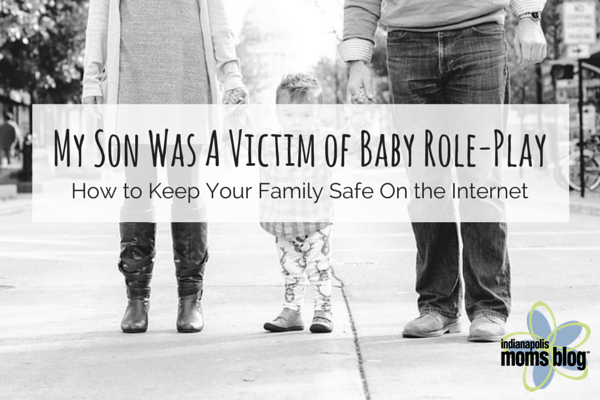 Like so many other people, our phones and cameras were with us in the delivery room. Within hours of our son’s birth we had posted a photo of his fuzzy newborn head to Facebook with birth stats for friends and family to see. At the time we were living 5 and 6 hours from our families, so social media was a great, easy way to stay in touch with everyone we couldn’t see in person.

It was around this time that Instagram was gaining a lot of popularity. Its use of hashtags for searching and pretty photo filters made connecting with others who share your interests simple and fun. #babies #yoga #recipes #homedecor #breastfeeding #toddlers #moms- with the push of a button I could find women all over the world who shared similar interests. It was pretty neat. Of course this meant that people all over the world could see my posts too. But I (foolishly) wasn’t concerned. My Facebook profile I guarded. After all, it had my personal info- my name, work information, schools I attended, etc. No one I didn’t know personally in real life could find me in a Facebook search. But Instagram? I didn’t even have my last name on there. No one knew where I lived or worked. And my photos were completely innocent- my son playing in the yard, a picture of us at the farmers market. It was fine. 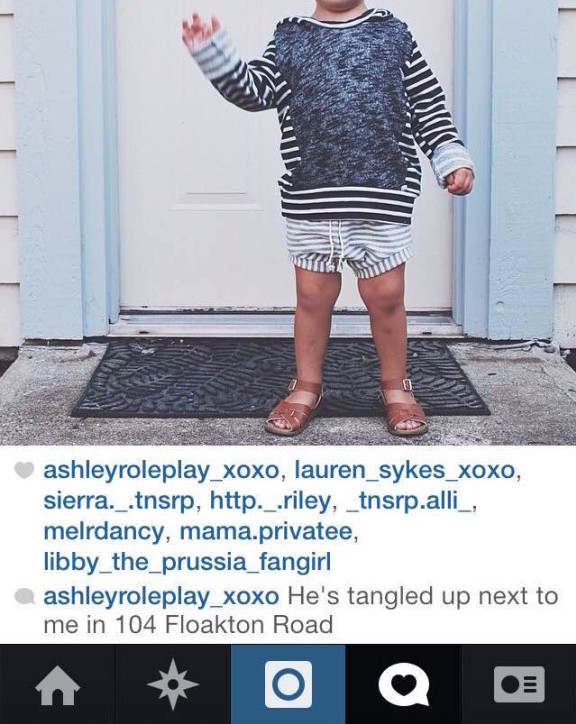 While browsing my notifications one day, I noticed that a person had “liked” an awful lot of my photos. As in hundreds. Why was she fangirling me? I clicked on her profile and there they were. Photos of MY son. I scrolled through her feed and was horrified by what I saw. In the captions, this person claimed that my son was hers and had given him a fake name. She had already reposted several of my photos, including stories about herself and my child. I had unintentionally stumbled across the world of baby role-play. And I felt like I was going to be sick. Some of the captions were more innocent (though still obviously horrible)- “Liam and I are riding bikes!” but they quickly grew darker- “Someone kidnapped Liam, they have him tied up in their car.” Other role-play accounts would jump in with comments like “I found the car, I’m following them.”

I immediately made my account private and posted messages and comments to this person’s feed saying this this was my son and that she did NOT have permission to use my photos. But the damage had been done. She deleted my comments and began posting more.

I had no idea what to do.

I began pouring over the photos, accounts, and comments of the people involved. I was able to determine that they likely did not live in the U.S. and that some seemed to be kids themselves. I immediately enlisted the help of my family and friends in reporting the accounts and stolen photos involved. I must have reported the offending account over a hundred times. Unfortunately, Instagram doesn’t ban IP addresses, so while all the reporting seemed to work in banning that user, it wasn’t long before she changed her username and continued posting photos of my son.

My next step was to contact Instagram directly. I followed their instructions to report a problem, which included a detailed description of what had happened as well as the usernames of those involved. I received a response from them within a couple days saying that MY account violated their terms because my son was under 18 years old and that I needed to report my own username because it belonged to a minor. Clearly, they had grossly misunderstood the situation, as my account was run by me, I just happened to share photos of my family.

Once again I was at a loss of what to do.

We continued reporting the role-play accounts, but they would just change their usernames until we were no longer able to locate them. Some people suggested I contact the local police, but with the users being overseas, I knew there wasn’t anything they could do.

Eventually, the uneasiness I felt over the whole situation turned to anger. How could people be so evil? How could Instagram not have a better policy against this sort of thing? And if these were indeed kids playing a virtual game of house, how could their parents not do a better job of policing their use of the internet? But most of all, I was angry with myself, for being so naive. And now I have to live with the fact that someone likely has hundreds of photos of MY son saved on their computer or phone, that they can use however they please. It’s a horrible, helpless feeling.

I’m sharing this story in an effort to shed light on the disgusting, growing trend of baby role-play and to hopefully encourage other parents to learn from my mistakes. In an increasingly virtual world, it’s hard to know how to protect ourselves and our families, but there are a few simple steps you can take to ensure your child’s safety:

(Please note that aside from #4, no single one of these things is going to protect you 100%, it will only decrease the chances of your photos being stollen for roll-play use.)

1. Be selective about what photos you post on the internet. That picture of your toddler in the buff with nothing but cowboys boots on may be adorable, but if it’s not something you’d be okay showing a stranger, it’s best to keep it off the internet all together. Also, baby roll-players tend to prefer clear photos in which kids are by themselves and making eye contact with the camera.

2. Keep ALL of your social profiles private. Facebook, Instagram- anywhere you post photos or personal information. Also check your settings to see what people who search for you can find, even if your account is private.

3. Only “friend” and follow people you actually know. People on the internet don’t always tell the truth. Even if someone seems harmless, you have zero clue who they actually are and it’s better to be safe than sorry. And if you’re in a situation where you use social media to keep in touch with family and friends, consider creating a private Facebook group to share photos of your little one! Instagram also allows you to send photos to select people.

4. Consider using private photo-sharing apps, such as Sherish, which allow you to safely share photos with a handpicked group or family and close friends.

6. Watermark your photos! I wish I had thought of this long ago. Watermarking your photos discourages people from stealing them in the first place, but also helps someone to alert you if they are stolen. Just be careful about putting your full name on them- consider using your Instagram or Twitter handle instead. Two free apps for watermarking photos right on your phone are PhotoMarkr and Watermark Photo Square. When watermarking, be sure to put the wording somewhere that it can’t easily be cropped out of the photo. If it’s a photo of your child, try putting it right next to their face rather than by the edge of the picture.

At this time, technology is evolving faster than most of us can keep up with, which is why it’s more important than ever that we voice our concerns about internet safety and ask companies like Instagram to better police things such as baby role-play by banning those users who violate their terms. It’s also on us, as parents, to protect our children until they are old enough to understand what they need to do to stay safe on the internet, at which point it’s imperative that we keep an open dialogue about what is and isn’t acceptable when it comes to the use of social media.

Do you post photos of your kids on the internet? What do you do to keep your child safe? 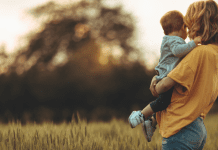 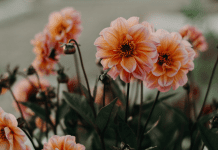 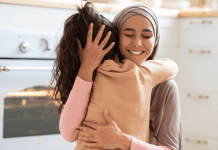 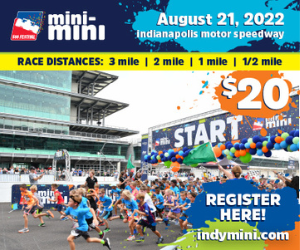