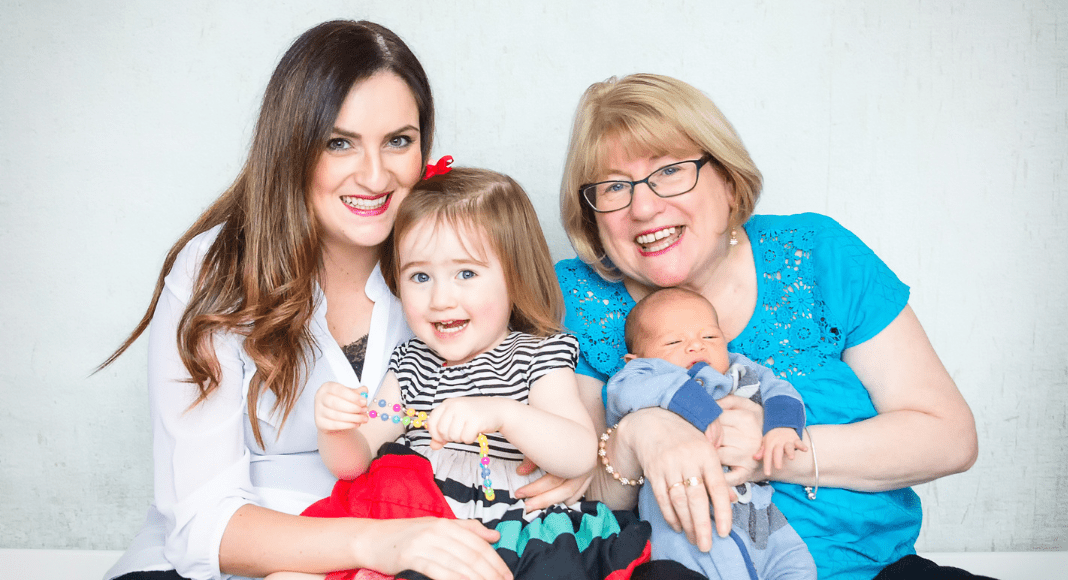 I love the New Year. The chance to reinvent yourself, to set new goals, and the motivation that comes with that, has always been so appealing to me. I’m the person running the 5K on the first of January, committing myself to eat well and taking part in dry January. I revel in hitting those goal milestones and love to take time throughout the year to reflect and review the goals I set. Reflecting back on 2022 has been a task I have yet to do. The reason is, that I am starting a new year without my mother. My mother passed away on the 7th of December, 2022.

I know that most people romanticize the relationship with their mother and believe that it is unique and special, but my relationship with my mother really was that and more. She was my best friend, my mentor, and my guide. She was absolutely everything to me and the little family that I created. She was a single mother to me and my four siblings, and due to her nature of always being there to listen without judgment, we could tell her anything and everything.

When I moved from Belfast, my hometown in Ireland, to England in 2011, she supported me entirely. She never once made me feel like I was abandoning her as she brought me up to take risks and spread my wings. Having this support, it always came as a shock when other expats, like myself, suffered guilt directed by their parents. My mother was the first person to visit me in my new home, and she always said she couldn’t be at peace until she could see where I was living.

I had my daughter in 2013, and I gave her my mother’s name as her second name, Maria, which both of them were so proud of. When my daughter was a few months old, my husband was promoted to a position in Mannheim, Germany. At the time, it was such a difficult decision for me. I had worked so hard for my career in medical marketing, and moving would mean walking away from that career. When I spoke to my mother, she listened and gave me time to have my say. She never wanted to sway my decision as she understood the consequences, but she did nod to the fact that she had spent time as a stay-at-home mom, and she never regretted that decision.

She left a great career with British Telecom to be at home with her children. During her time at home, she fostered over 40 children, a record in Northern Ireland at the time and something she was recognized for, and later she went back to work with special needs children. At 50, she made the decision to go to university, and at 56, she graduated from university as a registered nurse specializing in mental health. The lesson she was trying to get across was that life is not always linear or chronological, and staying at home with your children does not mean the end of your career. Life is for reinvention and working with the resources and skills you have at the time. A traditional life of committing yourself to a corporation for 40-odd years was not the only way to achieve success. Needless to say, by the end of the conversation, I decided to move to Germany and stay at home for the next few years. Those years of being with my children and watching them hit milestones, and taking the time to become the little people that they are, was a privilege I will always treasure.

Despite the distance we had between us and the time zone changes, particularly when we moved to the USA in 2019, we talked on FaceTime three to four times per week and, sometimes, for hours on end. I never made a decision or hit a milestone without her knowing. So now I am starting a new year without my mother, this powerhouse, beside me. I have to set goals and hit milestones without her input and support. Predictably, my motivation is waning, and I’m giving myself the grace to delay my goal-setting until I feel it’s right.

My mother was never a traditional mother, grandmother, or great-grandmother (she became a great-grandmother in January 2022) in the sense that she never followed traditional gender stereotypes or age stereotypes. She did what she felt was right, made mistakes in front of her children, and was never shy to own what she did and apologize. She wasn’t the grandmother who stayed at home and talked about the good old days, as she was too heavily involved in seeing the world and making new memories. My friends envied how fun my mother was, and it wasn’t uncommon to see her having a night out with us or taking a girl’s trip to somewhere exciting. She always had a young spirit and was never shy of getting on a rollercoaster at a theme park or zip-lining through the Irish countryside. I had so many lessons to learn from her free spirit and humorous energy.  I could never imagine my mother growing old as it seemed impossible that she would allow herself to age or that old age would calm her. Passing at 66 means she will never have the opportunity to become old, and her spirit will always be young and spritely.

Starting a new year without my mother feels cold and disloyal, but maybe my new year’s resolution is to honor her memory by taking note of her legacy and what she left behind. To ensure that her beautiful soul and whimsical character live through me, my brothers and sisters, and her grandchildren. To remember that just because the vessel that carried her soul is gone does not mean that her spirit, beauty, and everything she has taught us, have gone.

As we say in Ireland, ‘death leaves a heartache no one can heal; love leaves a memory no one can steal.’