As an Irish immigrant, I am aware of the many Irish people who immigrated before me and how their struggles and challenges were extensively different to mine. In an age where air travel is so readily available and video calling accessible, I think of those Irish immigrants who left family at ports all over Ireland knowing they would never see them again. I think of how wakes (the Irish funeral) were held for those leaving as the chances of coming back were so slim and how letters took months to arrive by ship. I thought it only fitting to write a blog on the evident Irish Heritage in Indiana.

1.5 million people (nearly one quarter of the Irish population) left Ireland between 1845 and 1855 to seek refuge in the USA due to hunger and poverty. It is difficult not to feel their presence in America, even my hometown of Westfield has a Shamrock as it’s icon. As this is the month of St. Patrick, I thought it would be a tribute to those before me to understand the Irish heritage in Indiana. To my surprise, it is a strong heritage, spear-headed by a group of ardent Irish American citizens with a passion to share and nourish the Irish culture.

I spoke to four promoters of Irish heritage to find out why their Irish roots are so important and how they are ensuring future generations of Hoosiers will authentically experience and remember the Irish culture that came before them.

I was privileged to speak to Kevin Murray, not only a co-founder of the modernized Indianapolis St. Patrick’s parade but also the oracle of Irish Hoosier knowledge. He explained that both sides of his family has Irish roots which created his interest in the Irish history of Indiana. At the time of his great-grandparents arriving in Indianapolis, there was an Irish presence in the Irish Hill neighborhood.

Kevin’s family had a strong presence in the original parade which began in 1870 but died out in the 1920s. When he was a teenager, the Cathedral High School had an informal parade from the City County Building to Circle Monument and back. In 1979, himself and a few friends decided to join the informal parade. But they were unable to find it and decided that they would create a more formal parade the following year. Funded by The Indianapolis Athletic Club, the boys were able to organize a 20 unit parade. By the 1990s, the parade was bigger and becoming much more of a familiar sight. Kevin is still involved in the parade today and will be marching with his son, Dr. Conor Murray this year.

Bob Welch, a member of The Athletic Club, has been a key member in organizing the parade and the greening of the Indianapolis canals for many years. Bob explained that the Athletic Club had a strong Irish presence and was integral to Irish society so it was natural for the club to fund and organize St. Patrick’s Day events.  I was interested to hear that there was a sentimental reason behind the greening of the canals. Work began on the canals in the 1820s, primarily built on cheap Irish labor with hundreds of Irish men putting time and effort into the structure. In 1997, as a tribute, The Athletic Club began to green the canals the night before St. Patrick’s Day.

Another key event is the Indy Irish Fest which is held in September each year. I was privileged to attend the festival less than one month after moving to Indiana in 2019. I was pleasantly surprised not only with promotion and nourishing of Irish culture, but also with the Kids Corner which included bounce houses, crafts and tales of fairies and leprechauns. Erin O’Rourke, Co-Chair of the festival, explained that the event began in 1995 to celebrate Irish dance, music and language and has been growing stronger. Erin has a strong belief in keeping all contributing cultures alive in Indianapolis as they add to the cultural framework of Indianapolis. Erin also believes that the Irish culture connects people, even those without Irish roots, through music, dance and language. Erin attributes the success of the festival to the volunteers who help to make the festival a success whilst ensuring a great mix of Irish and American entertainers to create an authentic festival.

The Gaelic Athletic Association (GAA) is an organization that promotes Gaelic sports including Hurling, Camogie and Gaelic football. Gaelic sports are unique on a global field so I was delighted to discover that Indianapolis has it’s own GAA. I spoke to Kyle Keesling, the PR Officer of the Indianapolis GAA, who explained that the club had been set up in 2005. Since then, the team had won four USA Championships in Hurling, dubbed as the fastest sport in the world. The club promotes not only Gaelic games and culture but also inclusivity. Despite being Irish centric, the club boasts a wide range of ages, cultural backgrounds and both male and female games. Kyle believes the uniqueness of the Irish sport and the ethos of making the sport fun has allowed the club to grow organically while maintaining a community feel.

We are all aware of the Irish-American ties; the American President, Joe Biden has Irish ancestry as does President Obama. The Irish President, Michael Higgins, earned a Masters degree from Indiana University. For a long time, the largest export from Ireland was people. They moved to every crevice of the world and this is noted through Irish pubs scattered in the most unlikely corners. A strength of the Irish is their ability to connect people through their music, dance, sports and language and this is evident in the streets (and canals) of Indianapolis. So on this St. Patrick’s Day, rather than saluting the Irish culture I grew up with, I will be saluting the Irish immigrants who built Indianapolis and who so strongly celebrated their culture that their great grandchildren are still celebrating it for them. Sláinte! 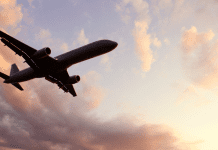 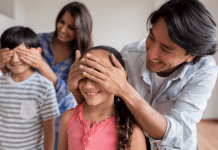